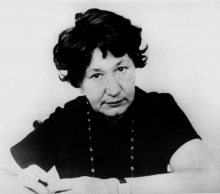 We invite you to participate the

40 years of Arctic and Alpine Mycology

The symposium will be held on August 3-9, 2019 in the town Gorno-Altaisk and the village Aktash (Altai Republic, Russia). The symposium is held every four years in various regions of the Holarctic, where zonal and alpine tundra are common in order to study the systematic, ecology and biogeography of Arcto-alpine fungi. The symposium was first held in 1980 in Barrow (Alaska, USA). It will be held in Russia for the second time: in 1996, the fifth symposium was held in the town Labytnangi (Yamal-Nenets Autonomous District) on ​​the basis of the Arctic Research Station of Institute of Plant and Animal Ecology, Ural Brach of the Russian Academy of Sciences. In 2020, participants of the ISAM11 will conduct research in the alpine tundra, as well as in the amazing cryo-arid tundra-steppes of Altai Mountains.

Past locations of ISAM

issued in 1984 at Fetan, Switzerland

1. Invitations for the next assembly are considered and determined at each ISAM. The session should accept one invitation and indicate a second priority.
2. A representative of the inviting nation is selected as President for the next ISAM period. He/she has the responsibility for making all arrangements.
3. The ISAM is open only by invitation. Persons invited shall constitute a qualified group with broad expertise in Arcto-alpine mycology. No past ISAM members may claim the privilege of an invitation.
4. It shall be the right of members of the last ISAM to suggest participants to the next assembly.
5. The President will draw up a list of potential participants from nations participating in arcto-alpine research in mycology, keeping in mind geographical distribution. He/she shall consult with previous presidents on matters of principle or major importance.
6. Definitive invitations shall be issued not later than nine months before the ISAM assembly.
7. If the President must cancel the arrangement, then he/she shall inform the two previous Presidents before definitive action is taken. He/she shall inform a representative of the nation that extended the second priority. The country in question shall then appoint a President who shall assume the above responsibilities.
8. ISAM members shall submit a relevant paper to be printed in a special ISAM publication in accordance with the decisions and arrangements made by the President. To facilitate this, the President may appoint an editorial committee.

The ISAM11 is dedicated to the 100thAnniversary of

an Ural mycologist who has worked all her life at the Institute of Plant and Animal Ecology, Ural Branch of the Russian Academy of Sciences (Ekaterinburg, former Sverdlovsk). She was the first among Russian/Soviet mycologists in the 1960s to start conducting long-term monitoring studies of the systematic, ecological-morphological and geographical structures of tundra fungi communities in the Arctic in our country.

She worked on the Polar Urals in the Sob River valley and on the slopes of the Slantsevaya Mountain (66.9078° N, 65.7616° E), in the vicinity of the town Labytnangi (67.00° N, 66.6907° E) and in southern Yamal Peninsula (66.8836° N, 68.5479° N). She studied Aphyllophoroid fungi (together with E. Parmasto), and a number of her colleagues studied the biodiversity of agaricoid and gasteroid fungi, as well as ascomycetes (together with A. Raitviir). N.T. Stepanova was the first who published a fairly complete list of Aphyllophoroid fungi from tundra and forest-tundra from Polar Urals. She revealed the proportions of “life forms”, trophic and geographical groups of Aphyllophoroid fungi of high-latitude ecosystems of the Urals. This allowed her to compare data with results in other nature zones of the Urals. The results of these studies were published in 1967 and 1971, and the range of her research extended from the tundra of the Polar Urals to the steppes of the Southern Urals (on the border of Kazakhstan). Using the example of the slopes of Mountain Slantsevaya, she studied the relationship between the species richness of Aphyllophoroid fungi and climatic factors.

Institute of Plant and Animal Ecology, Ural Branch of the Russian Academy of Sciences (Ekaterinburg, Russia)

As the president of the Symposium I am delighted to invite mycologists worldwide to the 11th International Symposium on Arctic and Alpine Mycology, which will be held in Gorno-Altaisk town and Aktash village, Altay Mountains (Altai Republic, Russia).

The research area is located at the intersection of four national borders: Russia, Mongolia, China and Kazakhstan. World knowns the name of this place as Golden Mountains of Altai and it is included in the World Heritage list of UNESCO (http://whc.unesco.org/en/list/768/).

The Altai mountains are in southern Siberia and form the major mountain range in the western Siberia biogeographic region and provides the sources of its greatest rivers – the Ob and the Irtysh. Three separate areas are inscribed: Altaisky Nature Reserve and a buffer zone around Lake Teletskoye; Katunsky Nature Reserve and a buffer zone around Mountain Belukha; and the Ukok Quiet Zone on the Ukok plateau. The total area covers 1,611,457 ha. The region represents the most complete sequences of altitudinal vegetation zones in central Siberia: steppe, forest-steppe, mixed forest, and subalpine vegetation to alpine vegetation. The Altai region represents an important and original centre of biodiversity of montane plant and animal species in northern Asia, a number of which are rare and endemic. The site is also an important habitat for endangered animal species such as the snow leopard.

Due to its geographical location - in the center of Eurasia - the nature of the Alpine zone of Altai is an amazing mixture of species typical to the mountain tundra of the Himalayas and Tien Shan, Central Siberia. Moreover, many European species are growing here, in their easternmost location. At the same time, many species are common for the entire Arctic-Alpine belt of Eurasia.

Traditionally, for the mycologist, the tundra is a wet, humid place with low temperatures. Vegetation and mycobiota are adapted for development on permafrost soils. In Altai, such mountain tundra is widespread. But there is also its own important specificity. In the center of Eurasia, under ultracontinental climate, the alpine nature undergoes significant transformations. In the Altai highlands near glaciers, over permafrost soils, not only tundra vegetation and mycobiota develop, but also steppe, which is determined by historical factors and the current climate. A comprehensive study of the flora and soils of high Altai allowed a group of specialists to establish that Altai is one of the regions of the planet where untouched tundra-steppe landscapes are still preserved (Chytrý et al., 2019). Similar vegetation is described in Beringia. Glacial tundra-steppes were most widespread in northern Eurasia during the Last Glaciation Maximum. In the Pleistocene tundra-steppes, the macro-fauna represented by mammoths and woolly rhinos was widespread (See the article at Boreas journal web-site: https://onlinelibrary.wiley.com/doi/full/10.1111/bor.12338).

Dear mycologists, can you imagine what fungi are still preserved on the highlands of Altai?! Organization committee believes that this is the best opportunity to provide new insights into Arctic and Alpine mycology.

Figures. Agaricoid fungi collected in the tundra-steppe vegetation of Altai.

General Guidelines
・The abstract must not exceed 250 words (authors’ affiliation and titles not included). It must be submitted in English.
・Do not include any figures, tables, charts, references or illustrations.
・An abstract can be submitted to the ISAM11 if it has not been published previously and only presented at a national meeting.
・Please list paper author(s), along with their institutional affiliation, and indicate which author is presenting by marking their name with an asterisk.
・The speaker must register by April 15th, 2020

Your abstract should be sent by e-mail as a plain text or as attached MS Word file. Please send your abstract to anton.g.shiryaev@gmail.com

The time allocated for each oral presentationwill be 15 minutes: 12 minutes for the presentation and 3 minutes for questions.
The deadline for abstracts is April 15, 2020.

This deadline for accepting abstracts is due to the fact that the organizers must know the exact number of ISAM participants, their names in order to submit documents to the border service to obtain permissions for the visit of frontier zone where fungi collecting is planned during the symposium.

Also in April, we need to know when each of the participants will arrive so that we can start booking hotels. The end of July and the whole of August is the peak of the tourist season in Altai, so we need to book hotels in advance.

To travel around Russia you need to get a Russian visa. You need to worry about this in advance. For a visa, we will send you an Invitation.

To do this, send (e-mail: anton.g.shiryaev@gmail.com) the data of your passport:

1) Please scan the pages of your passport where all this information and your photo are indicated;

2) passport number, date of issue and up to what period is valid, where and by whom was issued;

3) when and where you was born, gender;

5) where do you work and address;

6) your position and rank;

Please, also think about what time period you want to spend in Russia:

1) We can make you dates in Invitation strictly according to the time of ISAM (plus 2 days);

2) If you want to visit the pre- and post-symposium excursions, write about it, and we will make you a wider date of stay;

3) Some will want to spend a much longer period in Russia, in which case write what dates suit you. We can make an invitation 1-3 months long.

For more information on pre- and post-symposium excursions, see the following information pages. 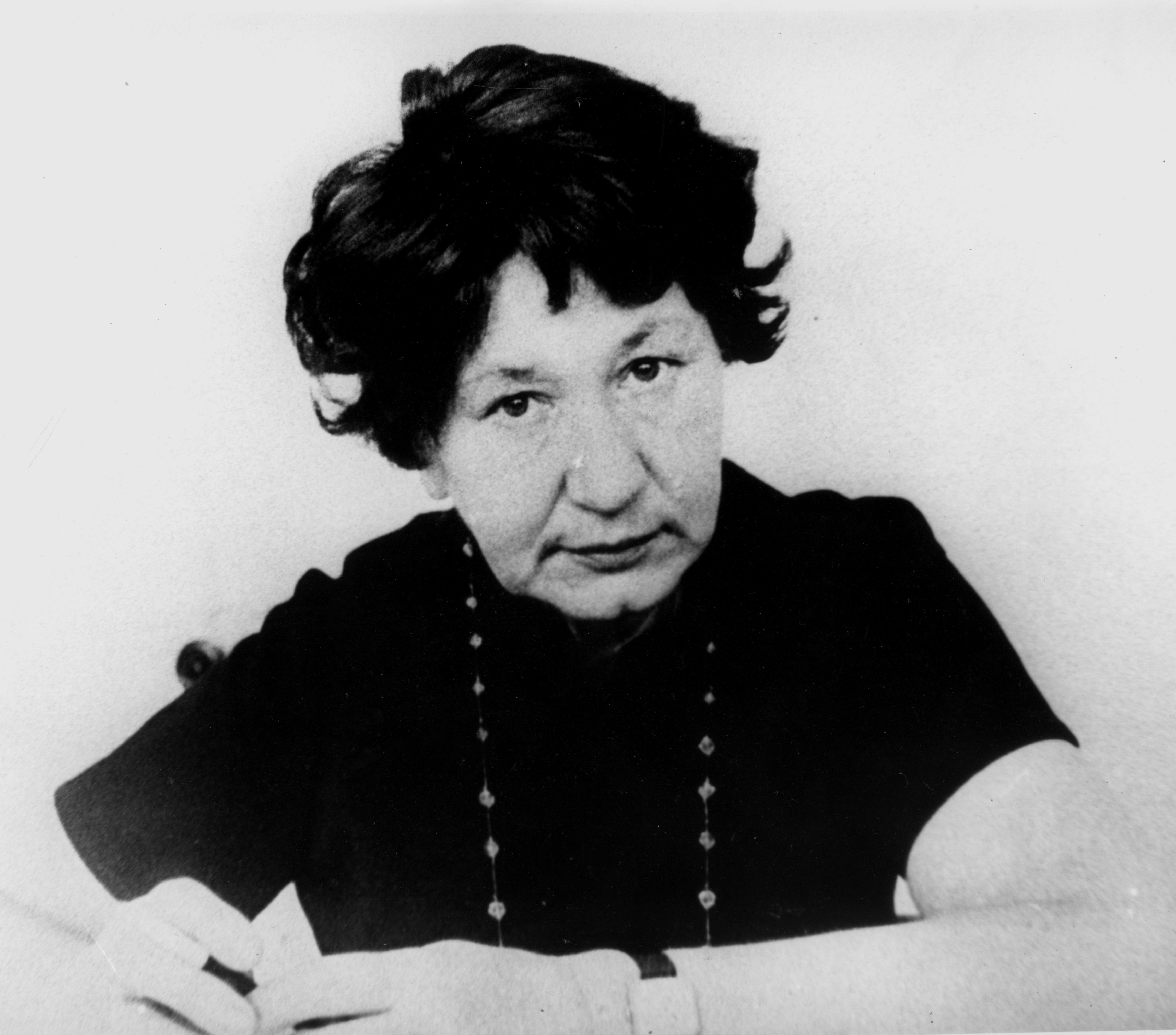 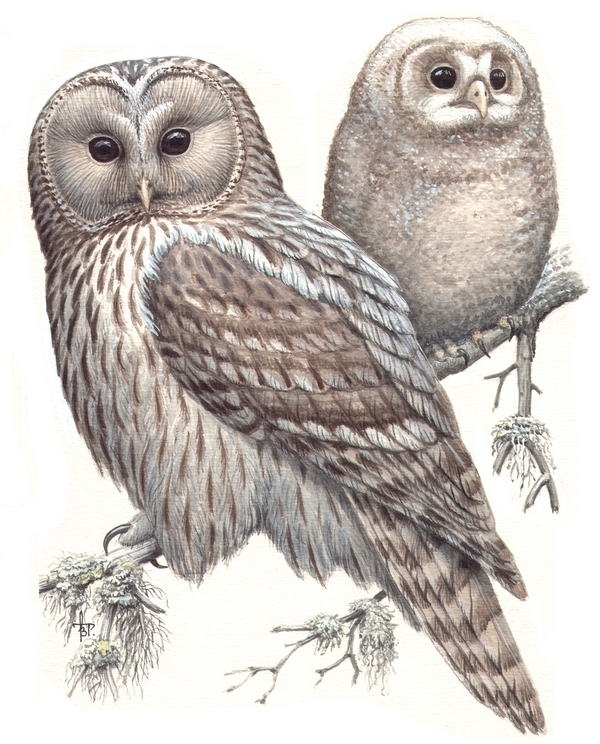