Fauna of the Urals and Siberia 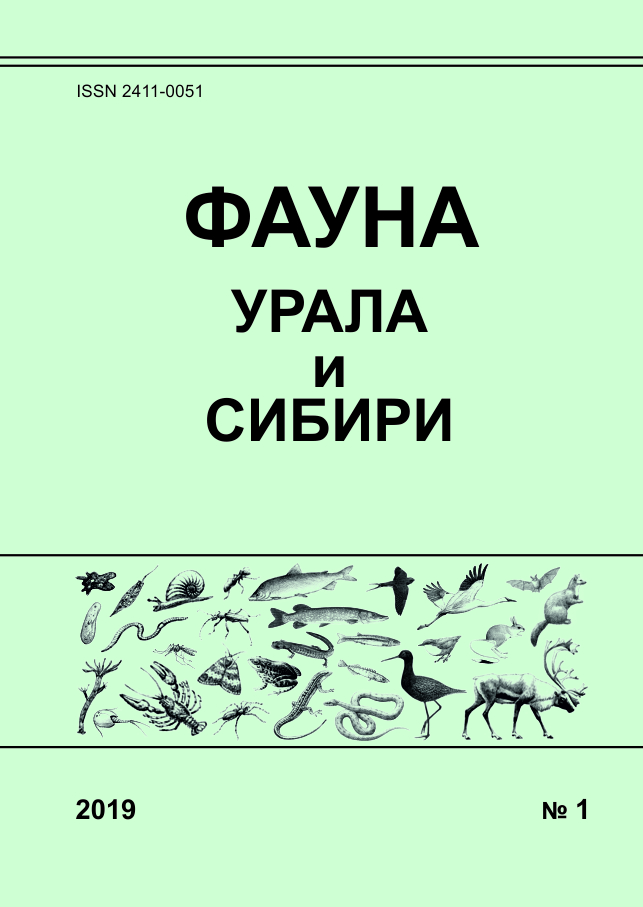 The journal publishes original articles, surveys and short reports containing new data on the fauna and distribution of animals of different taxonomic groups (areas of breeding, wintering, migration routes, passages, visits etc.) in the Urals and Siberia and on the biology of species (preferably understudied). Also, we publish peer reviews and chronicles. Manuscripts may be submitted in Russian and English.

Submitted manuscripts will be peer reviewed. The editorial board of the journal makes its decision on publishing a manuscript taking into account the scientific significance and timeliness of the submitted paper.

The journal is published twice a year.

The Institute of Plant and Animal Ecology of the Ural branch of the Russian Academy of Sciences had published a collection of scientific works every year from 1995 to 2010. In 2011, the annual collection received the status of a journal and was named “Materials on bird distributions in the Urals, Priuralye and Western Siberia” (cited in the RSCI). Over a thousand articles and short reports had been published, and thanks to this journal the Urals, Cis-Urals and Western Siberia became one of the best-studied Russian territories in terms of ornithology. In 2015, the focus and the coverage area of the journal were expanded, and it acquired the new name – the “Fauna of the Urals and Siberia”.

Manuscripts are published free of charge for the authors.

The journal is a non-commercial publication.
If you wish to support the journal, please contact Editor-in-Chief.

Registration Certificate ПИ № ТУ66-01436 issued by the Sverdlovsk Region Administration of the Federal Service for Supervision in the Sphere of Communication, Information Technologies and Mass Media.